! Beware the lighting in the "tunnel du Malheur" no longer works !

You are now entering the Upper Eyrieux Valley with its luxuriant greenery, where streams and forests abound, heading first of all for Saint-Julien-Boutières (5.5km), then Intres (8km). In the springtime when the broom blossoms, the mountainsides are covered in blazing yellow, giving the incredible illusion of being ablaze. As you cross Chapignac viaduct, time seems to stand still and the true depth of the Ardèche countryside is revealed. From the former station of Chapignac, you can join the village of Intres (1km of road, uphill) and take advantage of the picnic area in a pleasant and restful setting.

The second part of this stretch unveils the engineering prowess developed in times gone by to build the structures enabling trains to access the Ardèche plateau. One after the other, tunnels, bridges and viaducts traverse mountains and rivers, bringing you to the plateau of Saint-Agrève at an altitude of more than 1,000 metres (3,300ft). At Saint-Agrève, the arrival point (and also the highest point!) of La Dolce Via, you can enjoy an outstanding, panoramic view of the Ardèche and Cévennes mountains (including Mount Mézenc and Mount Gerbier de Jonc).

From Saint-Agrève, you have numerous possibilities for further exploration: Mount Chiniac, Devesset Lake, and the Velay Express (a tourist train to the regions of Haut-Lignon and Haute-Loire) are some examples.

If you take this train, you can join the Via Fluvia. This cycle route connecting the Loire and the Rhône offers panoramas of deep valleys, sleeping volcanoes, dense forest and vertiginous mountains.

At the Velay Express terminus at Raucoules, you can head for Annonay or Lavoûte-sur-Loire. 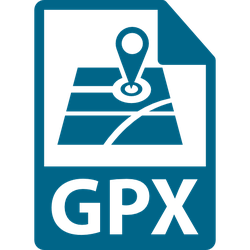